Welcome to My Page

This page is dedicated to my work at the Digital Media course at Mizzou. In this course we were to develop three projects: image , audio and video, in addition to this web page project.

For this project, I chose this green background, because the sky’s color was very vivid and bright, and the grass looked fresh and in good condition. My choice for the family was also based on the same idea. The father and the mother were clearly happy and enjoying their kids on their laps.The kid who was chewing on his toy has beautiful blue eyes and light skin that would blend perfectly in the clouds of the background.
The techniques I used are: Magnetic Lasso tool to crop the images and paste them into the background, Mask Layer and Gradient to blend the boy into clowds, and Layer Style to change the Stroke, Opacity, and Outer Glow of the title.

For my icon, I chose the baby that was on his mother’s lap. My choice for this icon was primarily because of the way the baby was facing the picture with a cute smile and gesture. In this project, I used Mode-Indexed Color to flatten the image, then added blue to the Forced Color grid.

For this project, I chose 2 pictures: one for an office at my work that I took with my camera, and the other one is an office chair that I downloaded through my account with PixelSquid.com.
The techniques I used are: Brightness/Contrast adjustemnt, Patch tool to clean the shelves, Magnetic Lasso tool to select the front table and duplicate it so I can put it in front of the chair, Free Transform to resize the chair, and Color Balance to change the color of the tables. Here is the final image after modification. 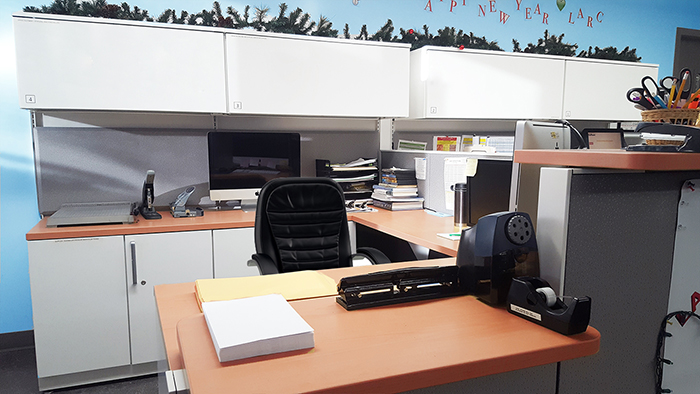 For my project I chose a music clip from the 70s that used to be a part of TV series played back in my home country and called “The musician of the night”. For vocal recording, I chose a section of poetry written by a friend of mine and with his permission, I transferred it into audio file. For this purpose I used a text to speech online software called “fromtexttospeech”. This program gives the user the ability to type a certain text or download a text file and the option to choose among many voices, males or females, with different languages and accents. For the whole project I used Adobe Audition CC, and added the files to Multitrack. I added breaking points to the music files to bring the volume up and down with the voice recorded file, I also used the Fade-in and Fade-out box respectively to make a smooth entry and exit to the music file. For effects, I chose 'Spooky', 'Automatic Pitch Correction' and 'Vocal Enhancer' toimprove the quality of the vocal file. I also adjusted the 'Dry/Wet mix'.

Click here or on the image below to be directed to the MP3 file. Download Windows Media player here if you are unable to play it. 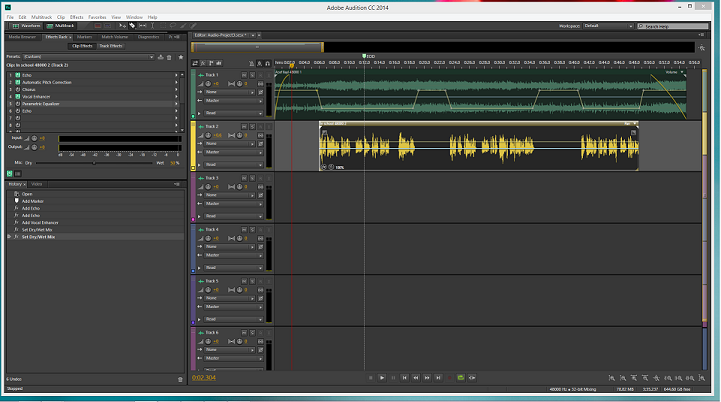 For my project I chose a sound track from the Hitman game because of its suspense effect. I needed to give the whole scene a fishy feeling, this soundtrack worked great for this project. For vocal recording, I chose my daughter to play the role of the cat, so I wrote the narration for her and she recorded it. 2 main softwares were used for this project: Adobe Audition CC and Windows Movie Maker. For effects, I added the ‘Automatic Pan and Zoom’ to bring the focus on the still image, and between the image and the final sequence, I added a ‘crossfade transition’ that dissolves the photo into the scene. 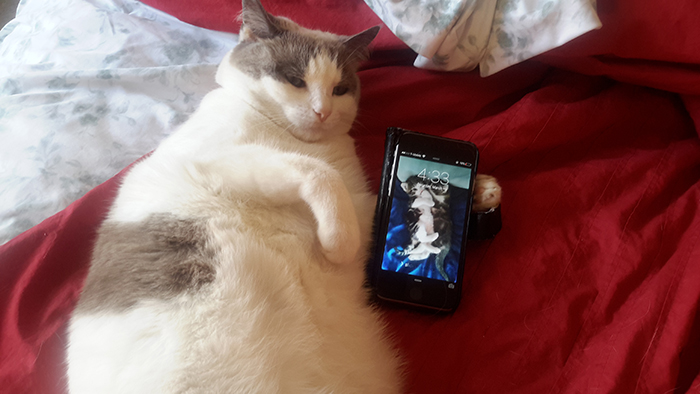 If you have any question or for suggestions, please contact me at:
lhariri@missouri.edu